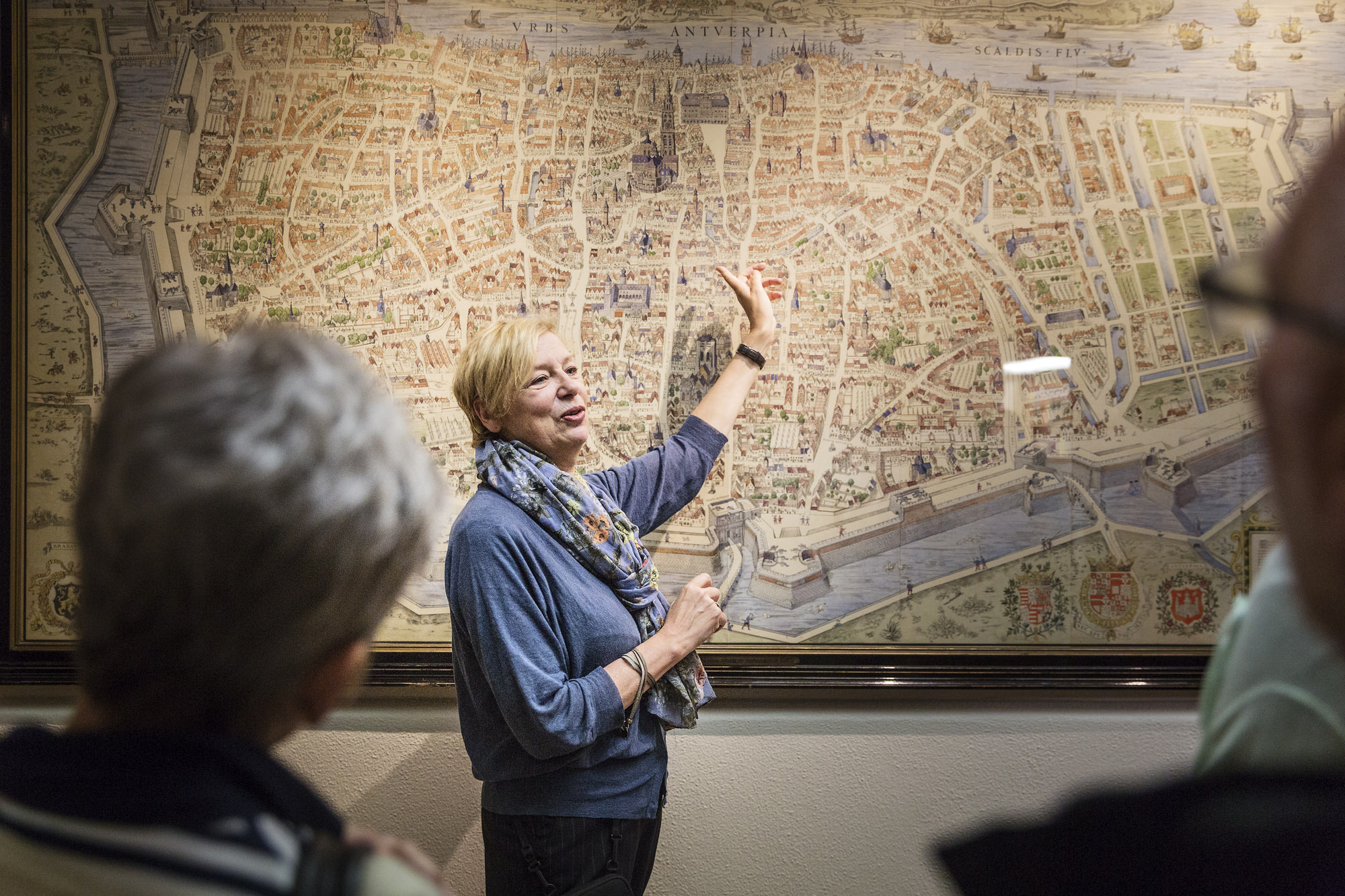 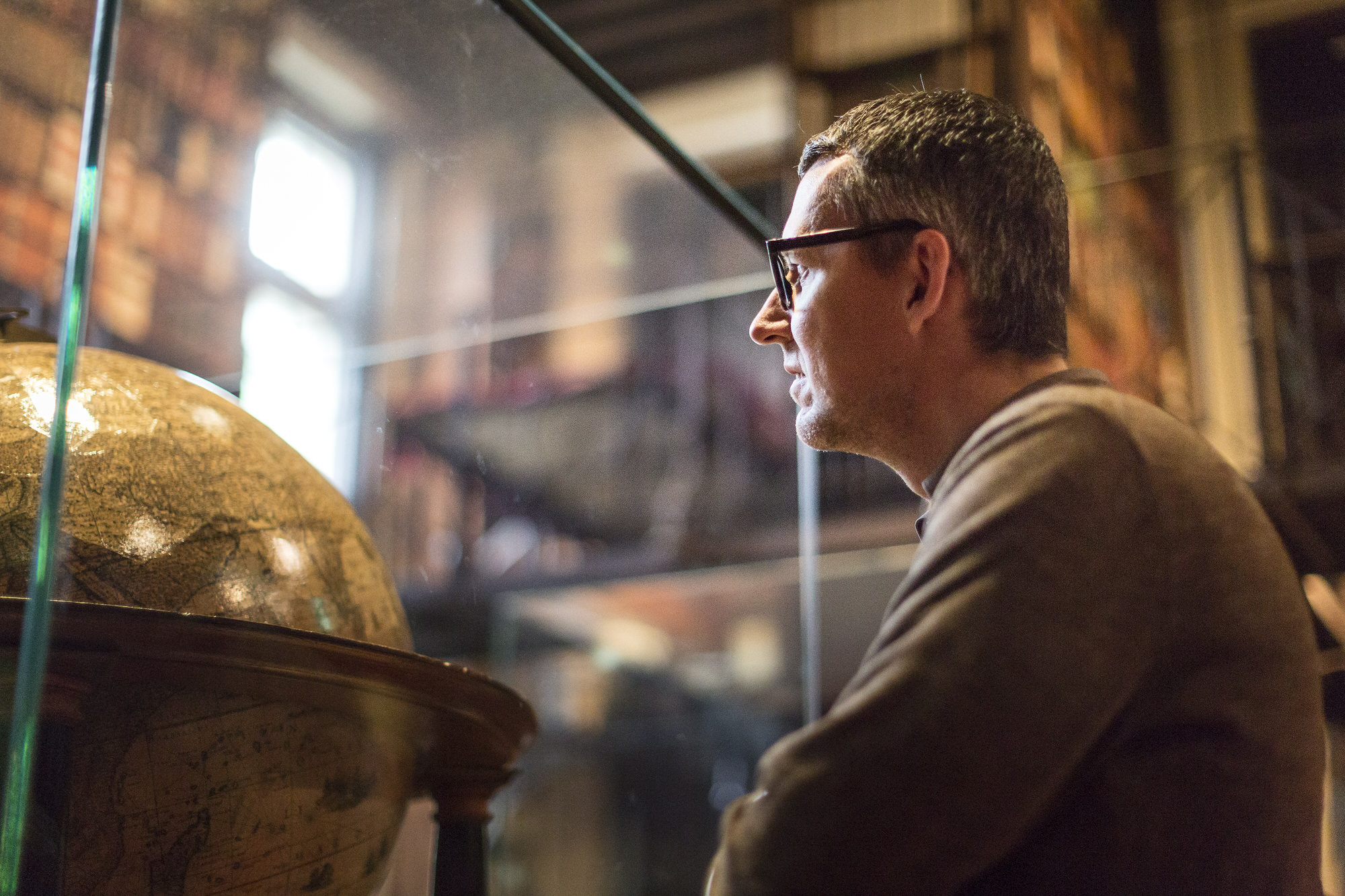 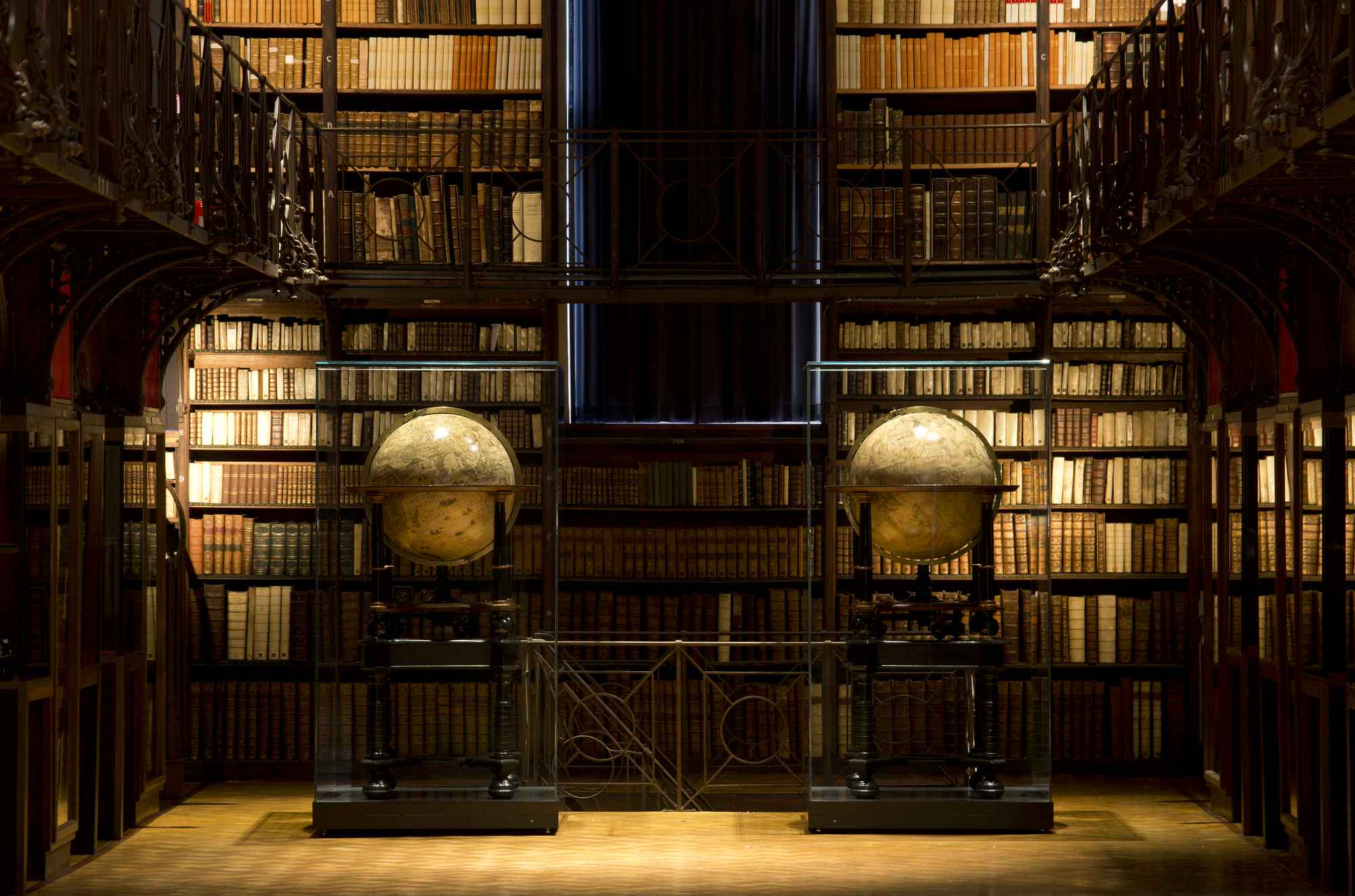 Treasures of the Nottebohm room

Visit one of the most beautiful and prestigious library spaces in Belgium. The guide will lead you through the history of the building and explain about the special books and objects that are kept there.

The Nottebohm room is located in the so-called Sodality Building, which, together with the St. Charles Borromeo Church, was part of the impressive baroque complex on the Hendrik Conscienceplein in the seventeenth century. Did you know that this building was originally used as a meeting and prayer room for religious brotherhoods? And that the interior was decorated with beautiful baroque paintings by Rubens and Van Dyck at the time? Together with your guide you will make a historical trip, from the beginning of the seventeenth century up to today.

The Sodality was purchased in 1883 to house the City Library. The Nottebohm room itself was opened in 1936. It serves as a showroom and is only opened to the general public in exceptional cases. Just before you enter the room you come face to face with a beautiful hand-coloured lithograph of the map by Virgil Bononiensis, which was made around 1900 by Achiel Kas. The original map from 1565, the only known copy of which is kept in the Plantin- Moretus Museum, shows the commercial metropolis of Antwerp at the height of its economic boom. It is the most monumental and detailed portrait of Antwerp during the Golden Age.

The Heritage Library preserves a large part of its book collection in the Nottebohm room, as well as several special pieces, such as the Blaeu Globes. These celestial and terrestrial globes, which date back to the middle of the seventeenth century, are of an astonishing quality. They are the largest globes made by Willem Janszoon Blaeu and were recently restored. Both globes were once displayed in Antwerp’s Town Hall.

The oldest item in the library is safely stored under a blackout cloth. It is not a book, but a 3,000-year-old Egyptian papyrus. It tells the story of the journey of a deceased priestess from Thebes, Djed-Maät-ious-anch through the underworld. Our library collection has a slight case of Egyptomania, as the Egyptian Cabinet in the middle of the Nottebohm room testifies. The guide will not open the cabinet, but he will tell you how the cabinet and its intriguing contents ended up in our library.

Every three months different volumes will be presented out of the more than 1.5 million books in the library. It is a sample of diversity and focuses on both the focal points of the collection and the different types of media (newspapers, magazines, old prints, contemporary publications, etc.).

Yes, the museum is accessible for visitors in wheelchairs or with reduced mobility. Please note, it is a walk, you cannot sit down during the tour.

Is use of the cloakroom obligatory?

Yes, it is obligatory to leave your possessions in the cloakroom, including your handbag, while you are visiting the collection.