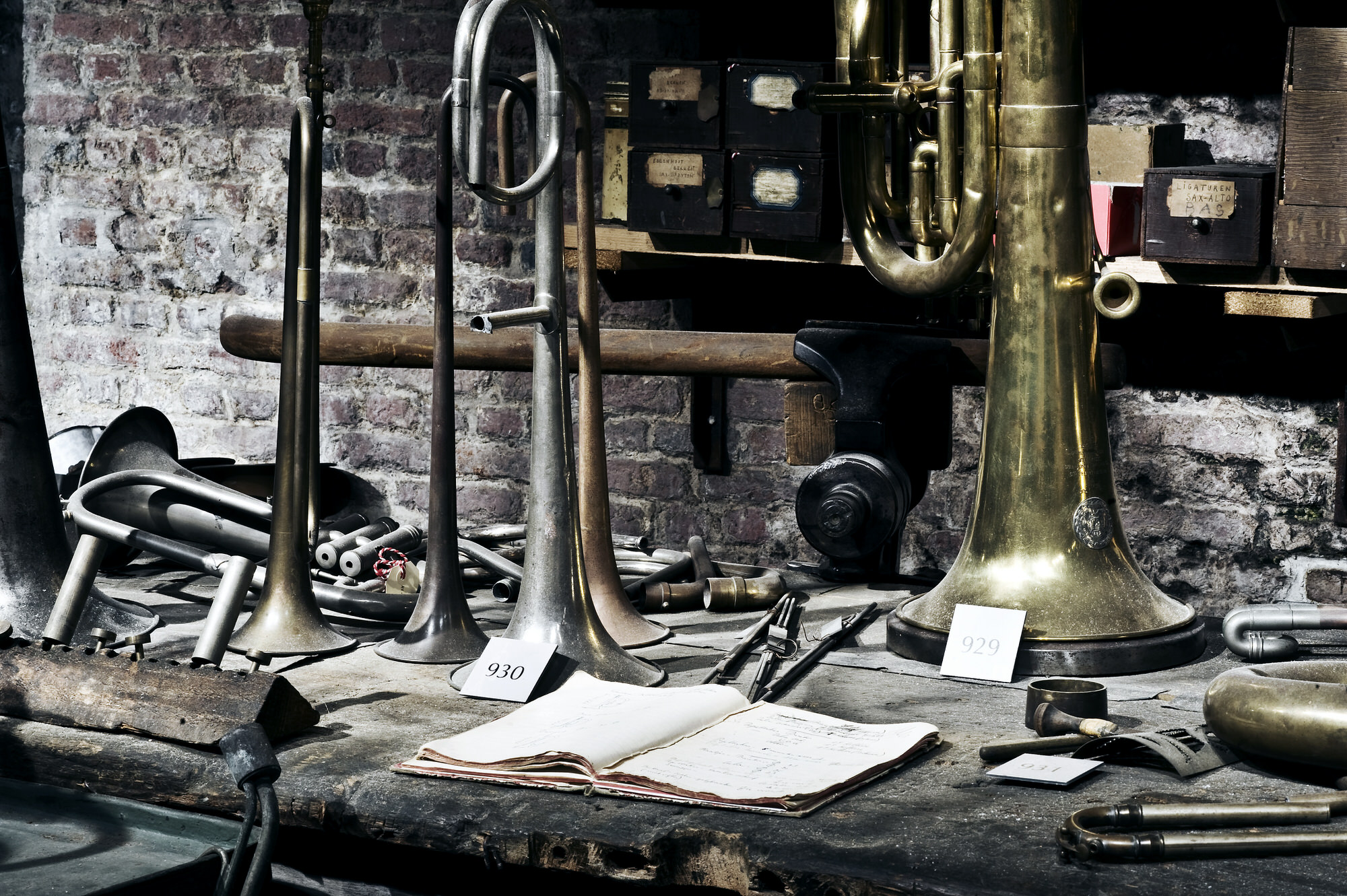 Under the title Sounds of the City, Museum Butchers’ Hall brings 800 years of music and dance back to life. With instruments, prints, texts and models, the museum tells the stories of musicians, carillonneurs, opera singers, instrument makers and dancers. The collection opens up the world behind the music.

Sounds of the City
Museum Butchers’ Hall introduces you to the musical past and present of the city, while aiming to be more than just a traditional instrument museum. With the Sounds of the City, the museum not only displays a varied range of musical instruments, but also lets you hear and experience the music. Music from the street, from the dance houses, from the bell tower, from churches or from concert halls,… The Museum Butchers’ Hall celebrates all sounds.

Music studios and stages
Without instrument makers and scores there is no music, and without a stage there is no audience. That’s why you’ll discover how music printing started and you’ll have a peek inside an instrument workshop and at the opera and concert halls of yesteryear, such as the Almoezenierstheater and the Bourla.

Musical life
Sounds of the City wants to tell the broad story behind the music. After all, music still plays an important role in the social life of the city. It was used by the church and the army during feasts and parades and it brought not only amusement but also structure to everyday life.

A treasure trove brimming with stories
At the back of the museum, a curtain hides our treasure trove. Here you can discover a small but beautiful focus exhibition on a theme from music history, which changes every six months. The same theme is also the focus of our monthly concerts, the Wednesday Sounds.

Monday - Wednesday: closed
Thursday - Sunday: 10:00-17:00
The museum is also closed on the following holidays: 1 January, 1 May, Ascension Day, 1 November and 25 December
Do you have any practical questions about your visit to Museum Butchers’ Hall?

Please consult all practical information about your visit to Museum Butchers’ Hall here.

Do you have any general questions about booking, payment and cancellation conditions?